The Cabernet Franc is a blue grape variety, and the red wine that is made from it.

The cabernet franc is the predecessor of the cabernet sauvignon, which makes them look alike. The grape ripens a little earlier than the Cabernet Sauvignon, and tolerates cold better, allowing it to ripen in somewhat colder regions. In the Bordeaux wine region it is therefore grown in somewhat cooler places. It also has a little less hard tannin, which makes it taste milder.

The Cabernet Franc is grown as a kind of insurance, in case the Cabernet Sauvignon does not mature sufficiently.

Few wines are made entirely from Cabernet Franc. It is often blended with the Merlot and Cabernet Sauvignon, for example in the Bordeaux region.

A large number of red wines from the Loire are made with the Cabernet Franc, although that is not stated on the label. This grape variety is now planted all over the world.

Furthermore, this grape variety in Côtes de Gascogne is used for red wine and rosé wine. 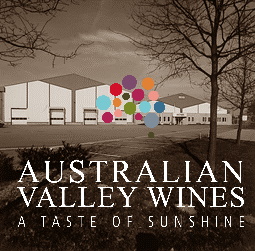 Are you looking to export to Europe?

Australian Valley Wines has now a new bonded warehouse. Have a look how this can benefit you!